Blog/Canada to let international students return even as Covid grows

Canada to let international students return even as Covid grows

Canada to let international students return even as Covid grows 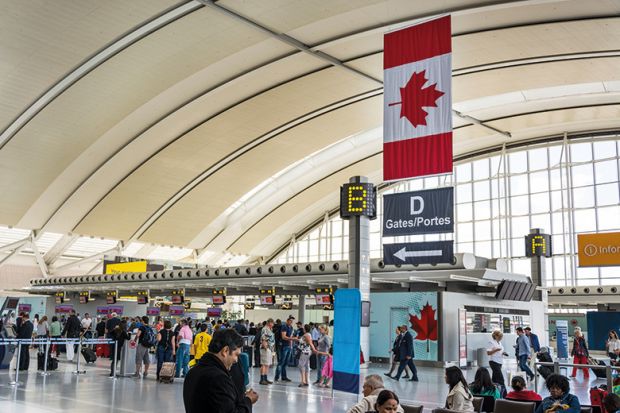 Institutions will be allowed to welcome overseas students once they create a plan approved by their provincial government for quarantining the students for 14 days, the Trudeau administration said.

Canadian universities have been pushing hard for such permission, hoping to assist students struggling to connect online from their home countries and boost their institutional budgets, which have been hobbled by the loss of international tuition dollars.

While autumn enrolment figures are still being collected, Canada’s universities got a stark warning this summer with data showing a 22 per cent drop in government-issued study permits for international students, after having risen more than 50 per cent between 2016 and 2019.

At the same time, Canada is now adding some 2,000 new coronavirus infections a day nationwide, repeating the peak numbers the country last recorded in late April and early May. “Epidemic growth is continuing to accelerate and spread,” the chief public health officer of Canada, Theresa Tam, warned this week.

But Canada’s minister of public safety and emergency preparedness, Bill Blair, in announcing the decision to admit overseas students, said that he hoped to help people suffering “significant impacts” from Covid-related travel restrictions.

“It’s important that our rules demonstrate compassion,” Mr Blair said of the change, which will take effect on 20 October.

Canada already had been allowing the return this fall of students from the US, and other foreign students who had study permits issued before 18 March. The new policy clears the way for all foreign students to return

Canada is making the move while their counterparts in the US face their own tight limits on foreign student enrolment. Most overseas students in the US remained in the country when the pandemic hit in early 2020, but new ones have largely been barred from entering, producing an estimated 11 per cent drop in international student enrolment in the US this autumn.

At the same time, US campuses have been recognised as a leading source of coronavirus infections in US communities, contributing an estimated 3,200 new cases per day at the beginning of the autumn semester.

International student enrolment in Canada has grown rapidly in recent years, to more than half of the 1 million enrolled at US colleges, despite having a nationwide population about one-tenth the size of the US.

Canada’s main higher education lobby group, Universities Canada, has been warning that the nation might start losing that competitive advantage if international students were physically prevented from entering the country.

“This announcement is an extremely positive development for colleges and institutes across Canada,” another advocacy group, Colleges and Institutes Canada, said in a statement.

Submit Your data below: